I Don’t Care Spots: Unpleasant Truths You’re Totally Cool Not Doing Anything About

Sometimes the things you need to change aren’t blind spots. They can more accurately be described as “I don’t care spots”.

They are the problems you know exist, but you don’t care enough to do anything about them.

Whether this is due to our upbringing, the season of life we’re in, or our spiritual journey…. we often have sections of our lives we just don’t want to deal with right now. Or ever.

But eventually, this avoidance catches up with us. The things we didn’t want to deal with can quickly become the issues we have to deal with. And sometimes irreparable damage has been done to ourselves and those we love.

Today I want to address a few of the most common “I don’t care spots” you have likely experienced as well as provide a tangible way for you to take action.

I think deep down, most people just don’t want to feel alone. That’s why so many join clubs, talk in chat rooms, and hang out in nightclubs or bars. MIle wide but an inch deep.

As you get older, it can become easy to settle for someone’s company when what you really need is their companionship.

Meaningful friendships are something we often don’t care enough about to cultivate.  Being vulnerable, having difficult conversations, sacrificing for another… all the things that produce life-giving friendships takes WORK. The pitfall many of us fall into is we want friends before making friends. Take a look at this corny, but wise couplet (emphasis added):

“I went out to FIND a friend, but could not find one there/ I went out to BE a friend and friends were everywhere!”

Next Step: Evaluate your current and potential friendships. Which friendships do you want to cultivate?

Throughout history… entertainment has been questionable. Gladiators used to murder each other in the Colosseum as spectators cheered from the stands.  And I’m sure King David, who gazed upon Bathsheba bathing from his rooftop, didn’t question this harmless entertainment of watching. My assumption is this wasn’t the first time he walked on his high roof to see the young women of Israel bathing.

What would you say ‘no’ to watching or listening to? This isn’t a question of taste or preference, as much as it is a question of morals.

For many, entertainment is one of their “I don’t care spots”. Maybe for you, you don’t really question what you watch or listen to, as long as it looks good, sounds good, or has a great storyline.

However, as a follower of Jesus, where do you draw the line where entertainment becomes corrupt?  At what point, would a TV show cross a moral line that you would turn it off?

Next Step: Talk to Jesus, read His word, and ask Him… What do I need to stop watching or listening to?

3. Being A Jerk When Wronged

This is probably more for me than anyone else. However, I’ll just put it out there. Do you ever feel justified being a jerk when someone wrongs you?

My “I don’t care attitude” usually comes out when I experience poor customer service.

Recently I had a terrible experience with a company I won’t mention by name, but long story short, they weren’t fulfilling their obligations and I wanted to make sure they knew the frustration it was causing me. Ashamedly, I was less than kind and felt justified in how I expressed myself.

You are probably a better person than I am, but when someone (an individual or company) is at their worst,  do you care enough to respond with your best?

Next Step: Next time you feel wronged… Ask yourself… What is the most gracious way I can give them the truth without being a jerk?

As of 2017, more than one-third of American adults have obesity…let that sink in. In so many ways, it’s true–we are what we eat. Most of us struggle to make it through a work day without feeling sluggish. We give in to the voice that says “Treat yo’ self!” With all of our responsibilities, it’s also easier for most of us to cut exercise from the schedule because we have so much to do!

Next Step: When you feel the temptation to skip your workout or eat that 2nd donut, ask yourself “When I get in bed tonight, which decision am I going to regret more? Giving in or not giving in?”

Since “I don’t care” spots can be one of the more challenging things to deal with when it comes to growing in self-awareness, consider focusing on just one right now.

Which one do you feel is the most urgent? 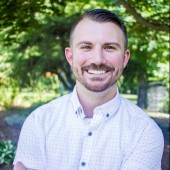 10 Signs Pride Is Beginning to Infect Your Heart

Emotional Health: Why You Need It and How to Get It